5 Ways To Deal With A Micromanaging Boss

Why do bosses micromanage? Don’t they know that micromanaging destroys morale and stalls careers? Don’t they realize that no one likes to be put under someone else’s thumb? People quit bosses not companies after all!

Micromanagers nit-pick the details. Then, when the work is complete, they take credit for results instead of passing kudos along those who do the job. They think tactically not strategically. They employ standardized ways of working instead of creative solutions. There are few things worse than being trapped under the microscope such a person. 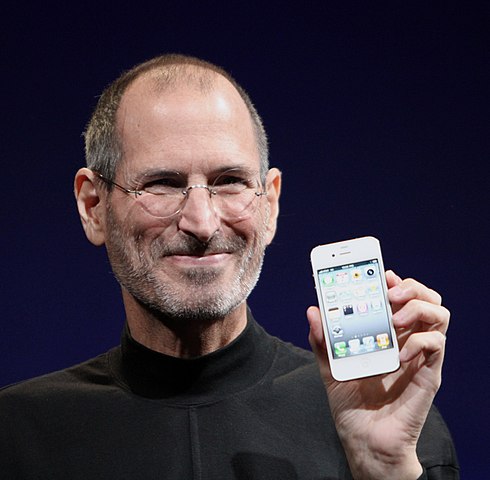 The stories are legendary. It got so awful with Jobs, that after being pushed out of Apple and founding NeXT, his micromanagement plunged to new depths.

As Randall Stross says in his New York Times article,

Mr. Jobs’s lieutenants tried to warn him away from certain disaster, but he was not receptive. In 1992–93, seven of nine NeXT vice presidents were shown the door or left on their own.

In this period, Mr. Jobs did not do much delegating. Almost every aspect of the machine — including the finish on interior screws — was his domain. The interior furnishings of Next’s offices, a stunning design showplace, were Mr. Jobs’s concern, too. While the company’s strategy begged to be re-examined, Mr. Jobs attended to other matters.

I spoke with many current and former NeXT employees for my 1993 book, “Steve Jobs and the NeXT Big Thing.” According to one of them, while a delegation of visiting Businessland executives waited on the sidewalk, Mr. Jobs spent 20 minutes directing the landscaping crew on the exact placement of the sprinkler heads.

It’s impossible to build a successful creative organization without granting team members a strong sense of agency. Jobs witnessed this first hand. NeXT might have been a failure, but what happened next was astonishing.

“NeXT was a commercial failure that was part of a 12-year down period for Jobs. At the same time, another company he founded — Pixar turned out to be a resounding success. Why? He did not micromanage it. He gave Ed Catmull and John Lasseter free reign to be their creative selves. As quoted in the Washington Post, Catmull said, “Jobs was very hands-off at Pixar, contrary to his reputation as a micromanager.””

If a legendary micromanager like Steve Jobs can change his ways. There is hope for the rest of us.

Inside The Mind of a Micromanaging Boss

No boss in their right mind would nit-pick and micromanage if they knew how much it negatively impacts performance. Why then, do so many managers do it? Are bosses really that crazy? Of course not.

When someone is confident and comfortable in their role, they don’t micromanage. When someone has fear and anxiety, they are more likely to exert control as a knee-jerk response. Fear and anxiety can be about any number of things: feelings of self-worth, performance on the job, trust in a team, etc. Employees are going to face the brunt of it. They will face the onslaught of unreasonable and productivity-limiting demands.

When we see that micromanaging is what happens when a boss is fearful and anxious, it can help us operate from a deeper level of understanding and empathy about what is really going on. Bosses aren’t evil. They are just afraid and anxious.

Now that we know where micromanaging tendencies come from let’s look at how to deal with it.

5 Ways to Deal With a Micromanaging Boss

When someone holds power over you, and they are micromanaging out of anxiety and fear, the last thing you want to do is fight them on the issue. This doesn’t mean you should roll-over to work forever in a bad situation.

However, resisting a micromanager won’t work. Opposing a fearful control-freak will just make them even more fearful and more controlling.

You must first understand the situation for what it is, and that your boss is operating out of fear and anxiety. You also need to do what you can to stay calm and engaged at work, so you can see if the situation can be improved.

Then, apply the following tips to help.

Lean into the problem

One-on-one meetings with your boss are the most powerful tool you have for improving your working relationship. If you don’t have quality one-on-one’s on a regular basis, your first step is to make that happen. Next, have a conversation with your boss about how you like to work, be recognized and also ask how you can best help your boss in getting their goals accomplished.

Focus on the big picture. If you sense that your boss is fixated on minutiae and missing the big picture, talk to them about it. For example, if your boss is always asking you about the status of a project, practively volunteer to send a weekly update, so they know what’s up and where you need their input. Even better, ask them how they want to be kept in the loop!

Help them fixate on the more significant goals of your project. In fact, ask them about their goals and how your plans fit into those. Refocusing on the big picture can help your boss calm down. A calm boss will micromanage less.

Sometimes, just having a few of these sorts of conversations will turn things around.

As trust and rapport build, fear declines. When a boss isn’t afraid, they will be less of a control-freak.

How can you develop a strong rapport with your boss and team? I’m not talking about endless happy hours wasting time. I’m talking about going the extra mile to get to know people. This might include getting lunch together occasionally, going to a fun event as a team or, perhaps, even a happy hour or two.

Sometimes, you just need to give it a little time for rapport to build naturally. How long should you wait? I’ll get to that in a minute…keep reading.

Go up and around

At a minimum, should you need to find a new boss to work with, these relationships will come in handy for a career move.

There are some cases where you won’t be able to change your working relationship with a micromanaging boss. Understand that in these situations you will need to be ready to find a new job.

Working long-term for a micromanager is a career death-sentence. Not only will it fray your nerves, but your team (and company) also will not perform well over the long term in such a situation. Use your network to make sure you have a smooth transition into a new role where you know the manager isn’t suffering from “micromanager syndrome.”

How long should you tolerate a micromanaging boss? It depends on your role. For most people who are working for a new boss, if you can’t see even a slight sign of improvement for your situation in 90 days, it’s a good sign that things aren’t going to improve. Best to plan your exit strategy.

According to the Bureau of Labor Statistics, the average worker holds ten different jobs before age forty. I held six distinct roles in 14 years at Microsoft. When you look at the big picture of your career, making a job change to find the right management fit isn’t the end of the world. It’s the new normal!

I wish every boss knew just how terrible it is to be put under someone’s thumb. I wish that managers could feel how bad it is to have your creativity and freedom taken away. I wish that leaders knew how their micromanaging ways can destroy entire teams, sometimes in a matter of months.

It’s my hope, as executive coaching and personal growth training expand through the corporate world that micromanaging will become a thing of the past. In the meantime, the tips in this post should help you navigate these situations with greater peace of mind.

P.S. Staying calm and relaxed in this sort of situation can be tricky. If you are dealing with a micromanaging boss, you might find a meditation practice of enormous benefit.