How To Choose The Best Career (Insights from 9 Successful People)

It’s tempting to try to follow someone else’s path.

This goes one of two ways. The primary way is to follow the well-trodden path trampled down by the masses. The other is to look to the successful and mimic their approach. Both are laden with pitfalls. Life is unique. There is no such thing as a sure thing when it comes to careers. You are best served by cultivating a deeper connection with what is best for you. This will foster a capacity to navigate the uncertainties of life with aplomb.

Curiosity, however, had me going down a rabbit hole. What do successful people say when confronted with a query for career advice? After watching too many YouTube videos and reading dozens of articles (and a few books), I compiled a short summary.

Here is a sampling of opinions from business leaders, visionaries and other experts regarding how to choose the right career.

Steve Jobs – Find what you love 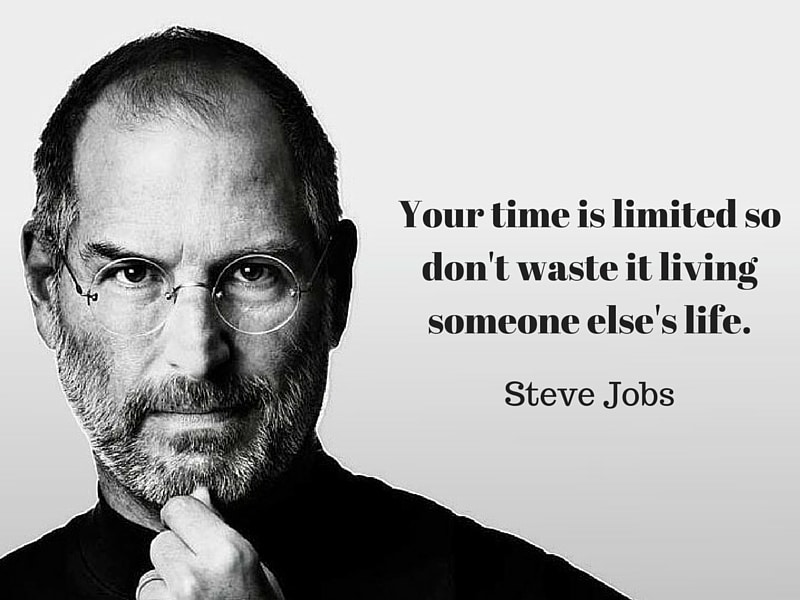 Steve Jobs needs no introduction. As the co-founder of Apple computer and visionary founder and leader of NEXT and Pixar, he has reinvented many industries along the way.

Steve Jobs career advice is known and best captured through his powerful commencement speech for the 2005 Stanford Graduating class.

He left the students with a simple saying of “Stay Hungry. Stay Foolish.” He urged everyone to make the most of their precious time on this planet and not to settle until they find what they love.

You’ve got to find what you love. And that is as true for your work as it is for your lovers. Your work is going to fill a large part of your life, and the only way to be truly satisfied is to do what you believe is great work. And the only way to do great work is to love what you do. If you haven’t found it yet, keep looking.

As with all matters of the heart, you’ll know when you find it. And, like any great relationship, it just gets better and better as the years roll on. So keep looking until you find it. 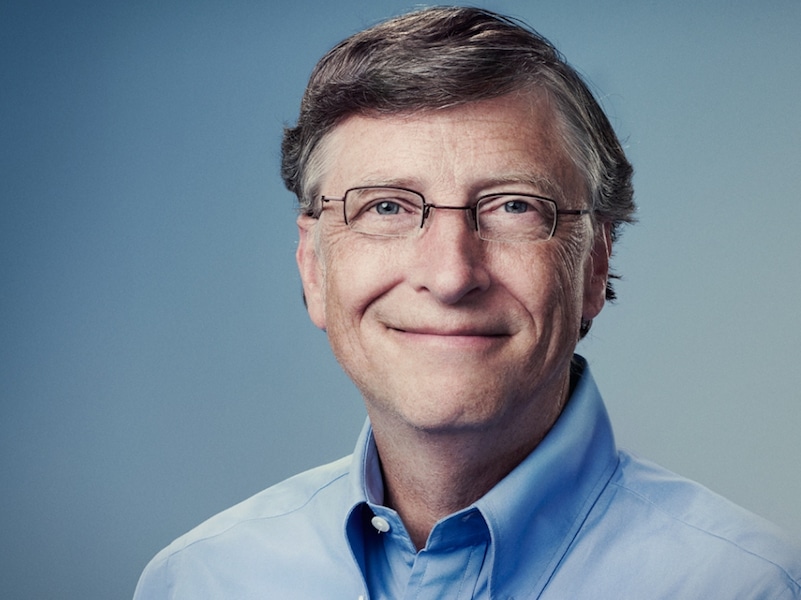 Bill Gates, the co-founder of Microsoft and famed Harvard dropout (he was bestowed an honorary doctorate later) knows a thing or two about technology, entrepreneurship and careers.

In speaking with University of Chicago students in 2010, Bill Gates shared some great advice on how we can address the world’s biggest problems. He believes that we can either choose to work on big and significant problems as part of full-time employment (if possible) and for those who cannot align their job with a big problem, we can choose to spend free time now (or later in life) on important issues that require solutions.

Bill Gates’ commencement speech to the Harvard University class of 2007 went into more depth on the importance of choosing to work on big problems – in whatever capacity you can.

In line with the promise of this age, I want to exhort each of the graduates here to take on an issue – a complex problem, a deep inequity, and become a specialist on it. If you make it the focus of your career, that would be phenomenal. But you don’t have to do that to make an impact. For a few hours every week, you can use the growing power of the Internet to get informed, find others with the same interests, see the barriers, and find ways to cut through them.

Don’t let complexity stop you. Be activists. Take on the big inequities. It will be one of the great experiences of your lives. 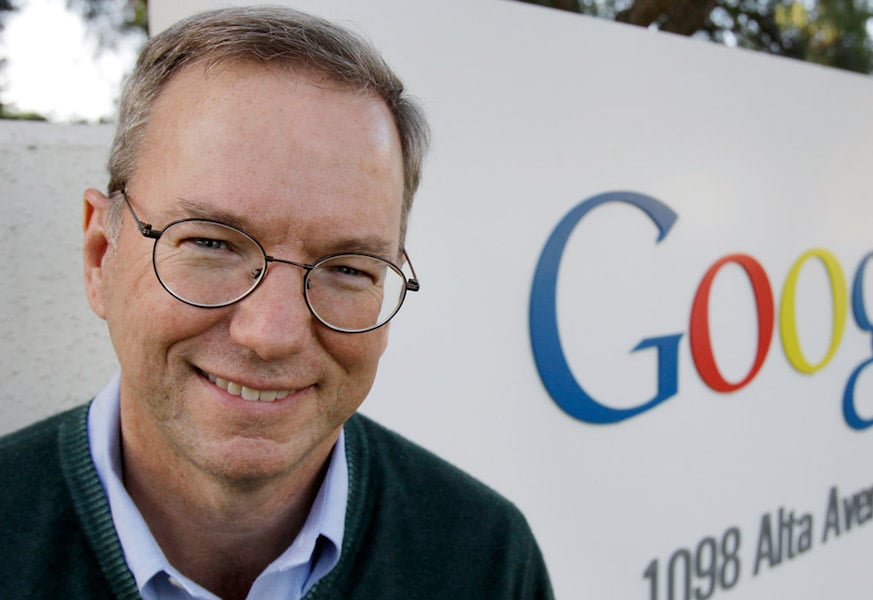 Eric Schmidt as brought in as the CEO of Google in 2001 when Larry Page and Sergei Brin (the co-founders) were in their late 20’s. Eric was not “adult supervision” to the young Google crew, he was a proven leader who had a knack for leading complex technical teams.

Eric is outspoken when it comes to career advice for young professionals and seasoned veterans alike.

He thinks that the best advice he ever got was to “hire a coach.” If that’s the case, you can assume that he would offer the same advice to any other professional who wants to achieve something great in their career.

In her book, “The Best Advice I Ever Got,” Katie Couric – of all people! – quotes Eric Schmidt as advising the following tips for living a good life:

When it comes to executive-level career advice, he famously told Facebook COO Sheryl Sandberg “Don’t be an idiot.” when she balked at an offer from Google because it didn’t meet spreadsheet-driven criteria for her ideal job.

Addressing a broader set of professionals (not just execs like Sandberg!) in his book, How Google Works, Schmidt likens a career in technology to the art of surfing.

“In business, and particularly in high tech, it’s not enough to be great at what you do, you have to catch at least one really big wave and ride it all the way into shore.

I find this last piece of advice most memorable and actionable for the majority of people looking achieve career success.

What does this mean? Make some big bets. If you fail, just find another wave to catch. Above all, don’t give up on catching that wave, and when you find it, ride it all the way to shore!

Jeff Bezos, the billionaire founder of Amazon.com, reimagined an old industry – the publishing industry – in a way that few could have imagined 15 years ago.

His career wisdom was best captured in his address to Princeton University’s Class of 2010.

Bezos spoke to the Class of 2010 about the difference between choices and gifts. For example, cleverness, Bezos pointed out, is a gift, while being kind to others is a choice. One’s character, he suggested, is reflected not in the gifts one is endowed with at birth but rather by the choices one makes over the course of a lifetime. It is the choices that we make that define us and our contribution to society.

Which choices should we make regarding our career? It is towards this questions that he provides a personal example and some excellent advice:

During his commencement speech, Bezos tells a story of coming up with the idea for Amazon, in a world when the World-Wide-Web was nascent, but growing rapidly. It was a risky idea, and he had a great job at a financial firm at the time. Was it worth risking his career over this idea?

He spoke of making the decision by knowing he would not regret trying and failing, but surely that he would be “haunted” by never trying at all. It was following the “less safe path” to follow his passion that was a choice he has been very proud of making.

Mark Zuckerberg – Don’t give up 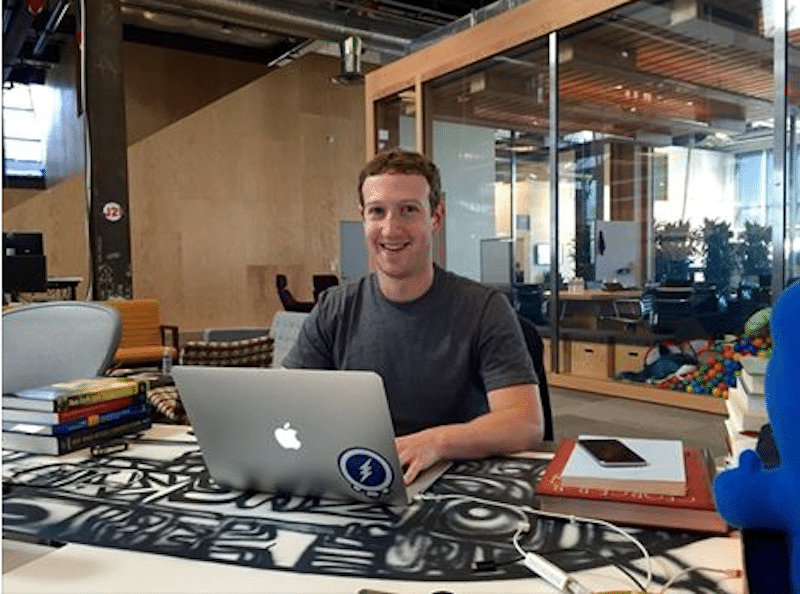 Mark Zuckerberg, the founder of the social network that over 1 billion people have used to throw sheep, waste time, organize events, connect with family and friends, find jobs, grow their businesses (and even find their life partner) – hasn’t written any books or given any commencement speeches like the previous four tech luminaries featured in this post.

However, one thing we can look to when it comes to career advice is to heed the advice he gave during a Facebook Ask-Me-Anything session on April 14th, 2015.

This seems like some good career advice to take to heart.

I would add something to Zuckerberg’s advice. If you try something, and it doesn’t work, change your approach and try again. After all, you don’t want to keep doing the same thing again and again if it isn’t working.

That is the definition of insanity!

Instead, if there is a goal you want to achieve in your career, go for it and don’t easily give up. Keep learning and adapting your strategies until you either achieve what you set out to do or are clear that the pursuit is not right for you at the moment.

The computer scientist, long-time blogger and serial author advocates against following one’s passion. Instead, Cal asserts that passion follows from the cultivation of rare and valuable skills. When we are good at something that is valuable, passion follows.

Cal even refutes Steve Job’s own claim to “find what you love”, claiming that he didn’t follow his own advice when starting Apple. He wasn’t passionate about computers when starting the company. Instead, he saw an opportunity and took it. Over time the passion grew. Cal cites biographical evidence for this assertion. Alas, we won’t be able to get Steve’s rebuttal.

For more on Cal’s take, check out his Ted Talk.

Tony Robbins – Have a mission, not a career

You know the guy. He created the “coaching” profession and has coached heads of state, CEOs and world-change-makers. I’ve written a longer post about Tony’s career advice and my personal experience attending one of his seminars long ago. Tony urges you to find something bigger than yourself, a mission, not a career.

You must find something you want to live for that’s bigger than yourself—a mission—whether it’s your children, a business, a non-profit, whatever. That pulls you to achieve, which is far more sustainable than to push yourself to. You can only push yourself for so long.”

Alan Watts – Get paid for playing

Watt’s was a self-described “philosopher-comedian”. A former priest who became a devout student and teacher of eastern spirituality, Watts teachings have inspired countless seekers in their pursuit of a good life.

This audio clip of a Watts lecture is gold. In it, he cites the “vapid” nature of business and instead challenges the audience to consider finding a vocation where you get paid for playing!

While it’s tempting to follow the advice of others, particularly those who have achieved a certain level of success, this is a dangerous road to go down. The point of my sharing this post is not to tempt you to be a copycat. It’s to inspire you to look within yourself and ask yourself the question “What is the right career for me?”.

Let this question soak in. Mull it around. Journal what comes to mind. Eventually, you will begin to get a clearer sense, for yourself, regarding what to do.

If you are stuck, I wrote another blog you will find helpful. It’s about how to figure out the right career by looking within.

P.S. Am I missing someone with insightful career advice that I should add to this post? Let me know in the comments.

Other articles you may enjoy…

This very week 7 years ago was momentous for me. After 13 years at Microsoft I took my first prolonged break from work. It was a true "sabbatical" which according to Google is defined as a sustained period of paid leave for every seven years worked. I was overdue by...

﻿ Listen to this episode, narrated by me (with a few extra tidbits!) on my Motivate Life podcast! Just search for it (Motivated Life Episode #19) on iTunes, Google Play or wherever you listen to podcasts. When was the last time you created something from scratch? If...

How To Disagree Well

I have a toddler at home. He is starting to discover his independent personality. He wields it like a swashbuckler. It’s fun to watch, though occasionally horrifying and always humbling. It's giving me a real crash course in how to overcome adversity and disagree...

Is there anything as hard as trying to navigate a radical career change? From the time we are barely walking, we are being groomed to land a fruitful career. School, internships and part-time jobs are all designed to prepare us for what we will one day call “our...

Why is it that productivity tips, tricks, and hacks are perennially captivating? We all seem to care about being productive, to a fault. I can imagine our hunter-farmer ancestors, dishing out wisdom to rapt audiences, sharing their best ideas for growing more potatoes...